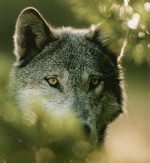 The information from this comes from the following paper:


Canids and Sabertooths Have Strongest Incisors

Below is data showing incisor strength in comparison to body size. The first chart gives the bending strength of I1 and I2, the medial incisors or incisors furthest from canines, of numerous extant canids, felids, hyenas, and extinct conical and sabertooth felids. Since incisor strength increases with larger body size, this data should be compared based on similar body sizes. The study uses occipito-orbital length ("OOL"), which is a measure of skull length excluding the snout, and is highly correlated with body size. OOL for the species is listed in the second table. The third chart below graphs anterioposterior I2 bending strength from the first chart against OOL from the second chart (my graph using study data). The trend line is the average of all species and species to the left and above trend line have stronger incisors.

The authors discuss these finding at a high level as follows:

A more curved arrangement of incisors increases the area and volume of a given bite. This can be clearly seen by this comparison of a coyote and cougar incisor battery scaled to the same size:

[Devi essere iscritto e connesso per vedere questa immagine]
Unfortunately, the curvature of extant families, but not most extant species, is provided in this study. However, the gray fox is mentioned as having the most curved incisor arrangement while the jaguar has the least curved arrangement. Also, the CL is mentioned as having a less curved incisor arrangement and the lion has the most curved incisor battery of extant felids.While the gray fox could theoretically produce a large bite wound, this is offset by its very weak incisors and bite. Similarly, the jaguar would produce a smaller wound for its size, but its strong incisors and powerful bite allow it to inflict devastating injuries. These are good examples to remember to consider this data in conjunction with other information.

The following graph (parts A and B) illustrates the incisor battery curvature for extant canid, hyena, and felid families along with extinct felid and nimravid species. As the graph shows, canids have the most curved incisors arrangements followed by hyenas and extant felids. Hoplophoneus and Barbourofelis morrissi have the most curved incisors batteries among extinct felids and nimravids.
[Devi essere iscritto e connesso per vedere questa immagine]


The figure on the right summarizes both incisor strength and incisor curvature. Think of this graph as the ability to "grapple with the mouth" as it indicates ability to hold and restrain prey and produce large wounds. However, other factors also impact this, such as bite force, jaw, and skull strength. Species near the top ("PC2") "grapple with their mouth" the best all else being equal. Canids score the highest among extant species. Barbourofelis morrisi, Hoplophoneus, and Dinictis appear to grapple with their mouth the best among extinct felids. Note that sabertooth species likely had other offsetting factors which reduced the ability to grapple with their mouth, such as weak bites and skulls.
[Devi essere iscritto e connesso per vedere questa immagine]
Canid Incisors Function as a Grasping Organ Performing a Similar Role as Felid Forelimbs

The excerpt below discusses the critical role incisors play for canids when they "grapple with their mouth." Big cats typically have stronger canines than canids, but canids compensate by using their incisors to limit the motion of prey and therefore reducing stress on the canines. In addition, felids may have smaller incisors to increase canine penetration in prey. Thus, canid jaws are more adapted for grasping while felid jaws appear more adapted for deep penetrating bites.
[Devi essere iscritto e connesso per vedere questa immagine]
The paragraph below discusses how canids use their incisors as a grasping organ. The curved arrangement of the incisors allow the medial or inner incisors (i.e. I1 and I2) to grasp independently of the lateral incisors or incisors next to canines (i.e. I3). This allows canids to grasp various things, including large prey, effectively using their mouths.
[Devi essere iscritto e connesso per vedere questa immagine]
The following excerpt argues that the curved incisor battery of canids produces large wounds. A curved arrangement increases the area and volume of a bite. Thus, canid bites produce larger wounds all else being equal.
[Devi essere iscritto e connesso per vedere questa immagine]

The excerpt below discusses how sabertooth species used their incisors to help restrain prey and produce massive wounds. Strong incisors in curved arrangements helped restrain prey, along with powerful forelimbs, and the curved incisor battery along with the canines produced a massive and devastating wound in the "canine shear bite" to the throat.
[Devi essere iscritto e connesso per vedere questa immagine]